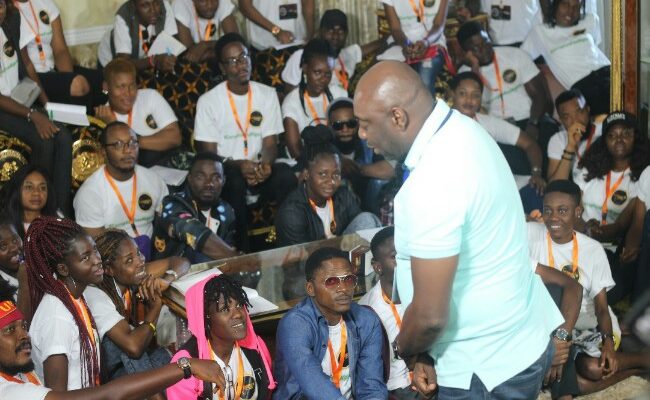 Popular veteran actor, director and king of voice over, Segun Arinze, has said Government has no business in our individual businesses, and that the day they come into your business, such business will die a natural death.

The actor said this while answering a question and answer on ways to invite Government presence in movie production during the mentorship training of the 60 Finalists of the Script2Screen Africa Reality Project 2018: Focus Nigeria, currently taken place at Amen Estate, Ibeju Lekki, Nigeria.

He said the theme for this year’s edition “Corruption Free Nigeria” won’t have come at any better time than this but, of the opinion that the concept of corruption in all sectors of Nigerian institutions is now multi-faceted.

“It has gotten to that extent where we can easily say lying is now corruption because, there’s nothing that is happening now that has not happened before, so its déjà-vu.” order prozac

“But as an actor, always listen to your conscience when it’s telling you the good and the bad. As an actor you have to be truthful all the time because, when you have the conviction that what you are doing is right you are good.”

“So, tell your story through movies. You also have to go back to the society to impart the positive things you have acquired here unto them. You must always remember that if you have to fight corruption you need to know everything that is happening around you.”

He said; “always remember that you may never have the chance to make the second impression so you have to be very careful in this age of social media invasion. Make it a point of interest that from now onward you will always talk about corruption because, corruption is now institutionalized.”

Meanwhile, the show is getting more interesting by the day as each team tries to outwit each bother in their various tasks.