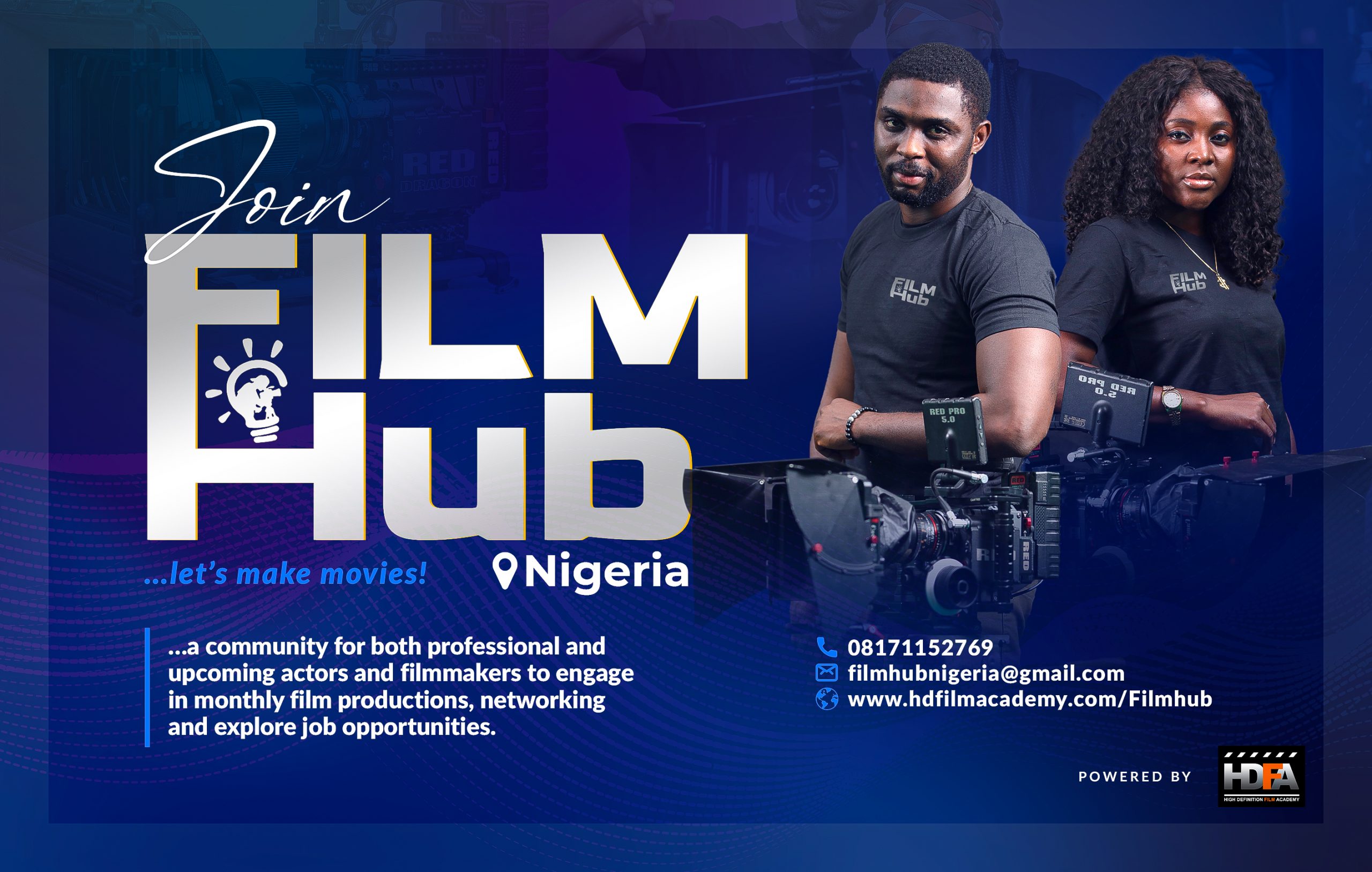 Film Hub is a community for professional and upcoming Actors & Filmmakers to grow their craft and career in the film industry, through participation in multiple monthly short film productions, Film competitions, Networking and connecting with fellow practitioners and industry professionals, while building their show reel & professional profile. Other benefits include opportunities to be on high end Film & TV productions, as well as get job recommendations and referrals from Film Hub/HDFA.

After sharing screenplays for the month with all members, Film Hub holds a 4-day practical filmmaking boot camp every month to achieve the month’s project from script to screen, creating Experience, Learning opportunity, as well as Visibility for its members. Day 1 is dedicated to rehearsals & pre-production, Day 2- film productions, Day 3-  Post production, and Day 4- Review of projects and feedback from professionals. The Boot Camps hold at High Definition Film Academy in Gwarinpa Abuja, and can also be accessed virtually by members outside Abuja.

For ENQUIRIES: Call or WhatsApp 08171152769 or email filmhubnigeria@gmail.com