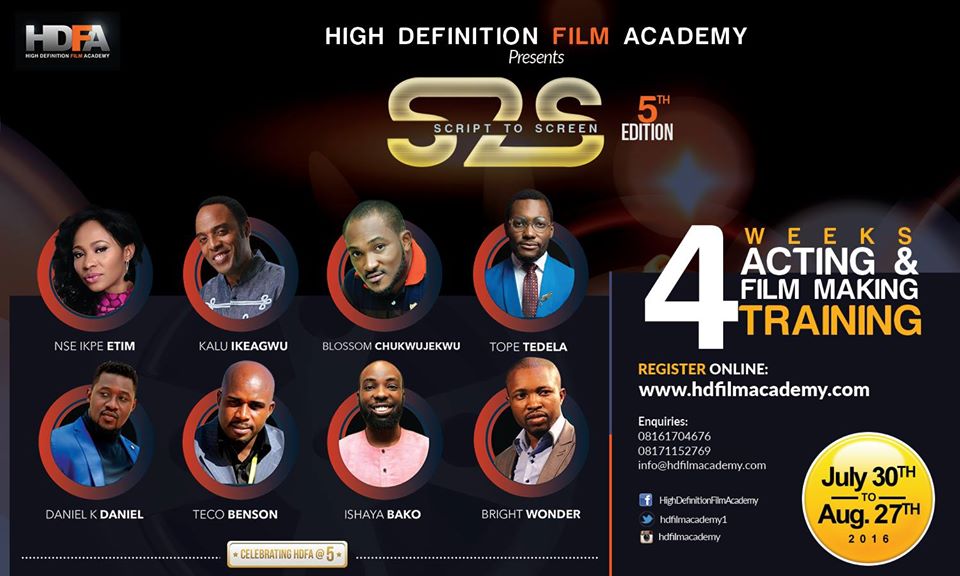 A 4-weeks intensive capacity building and mentorship program designed to train and empower  passionate and interested persons in the areas of Acting and Film-making, which climaxes with Short Film Competition, Premiere & Awards given out to outstanding students.

Script to Screen Africa is a Filmmaking and Acting REALITY TV project that will train aspiring filmmakers and actors using Star Actors and Filmmakers as their mentors, and then make them compete through the production of their own short films. Our 2017 edition is dedicated to Social Justice Filmmaking, and will span for Eight (4) weeks. Entries Open February 1, 2017 and closes March 31, 2017. REALITY Project holds July 1-August 26, 2017.